Robert has a dilemma. He’s the cabinet member responsible for education* and knows the majority of Havering’s secondary schools are under-achieving. Havering council has no right to intervene in them. That responsibility lies entirely with the government, which is too remote to be ‘hands-on’. Robert’s dilemma is this: he’s a loyal Conservative but he’s also got responsibility for the children of Havering. If he acknowledges this responsibility, he must lobby the government to terminate the contracts with under-performing academy trusts. If he does lobby the government, he denies their belief that academies are better than local authority schools.

The Problem
Eleven of Havering’s academies have negative ‘added value’. This means the Year 11 group under-achieved the government’s Key Stage 2 predictive outcome. The graphs** show academies with negative added value in 2018 which also under-achieved in 2019. 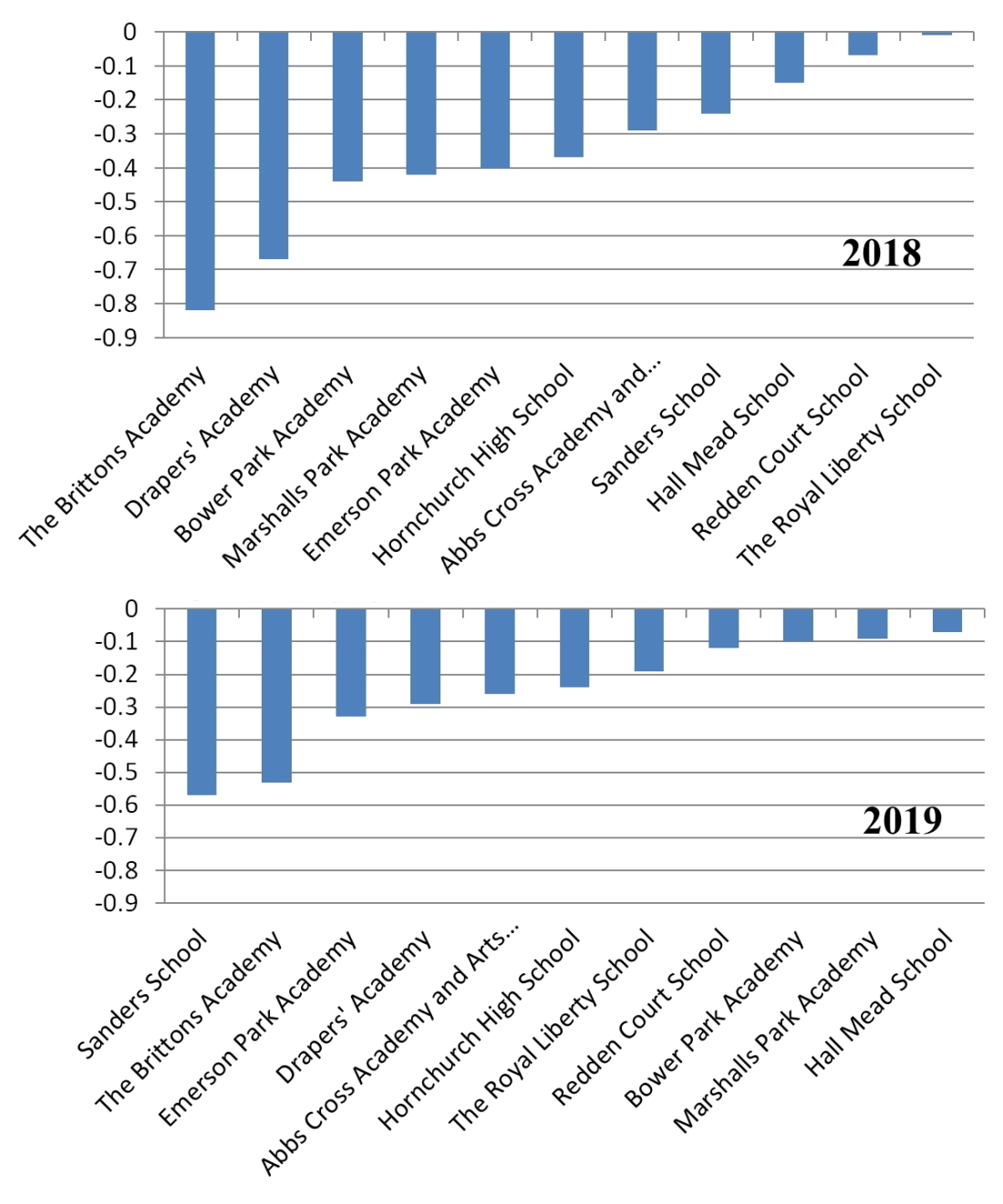 The Solution
Robert should show leadership to try to rectify this appalling situation. His party loyalties ought to be buried in his concern for the thousands of students making their way through the eleven schools identified by the government as under-achieving.

* His cabinet title is ‘Education, Children and Families’
** All statistics are taken from the government site https://www.compare-school-performance.service.gov.uk/schools-by-type?step=default&table=schools&region=311&la-name=havering&geographic=la&for=secondary
Eight of the eleven made improvements but remain under-achieving, the other three weakened further.

View all posts by odeboyz